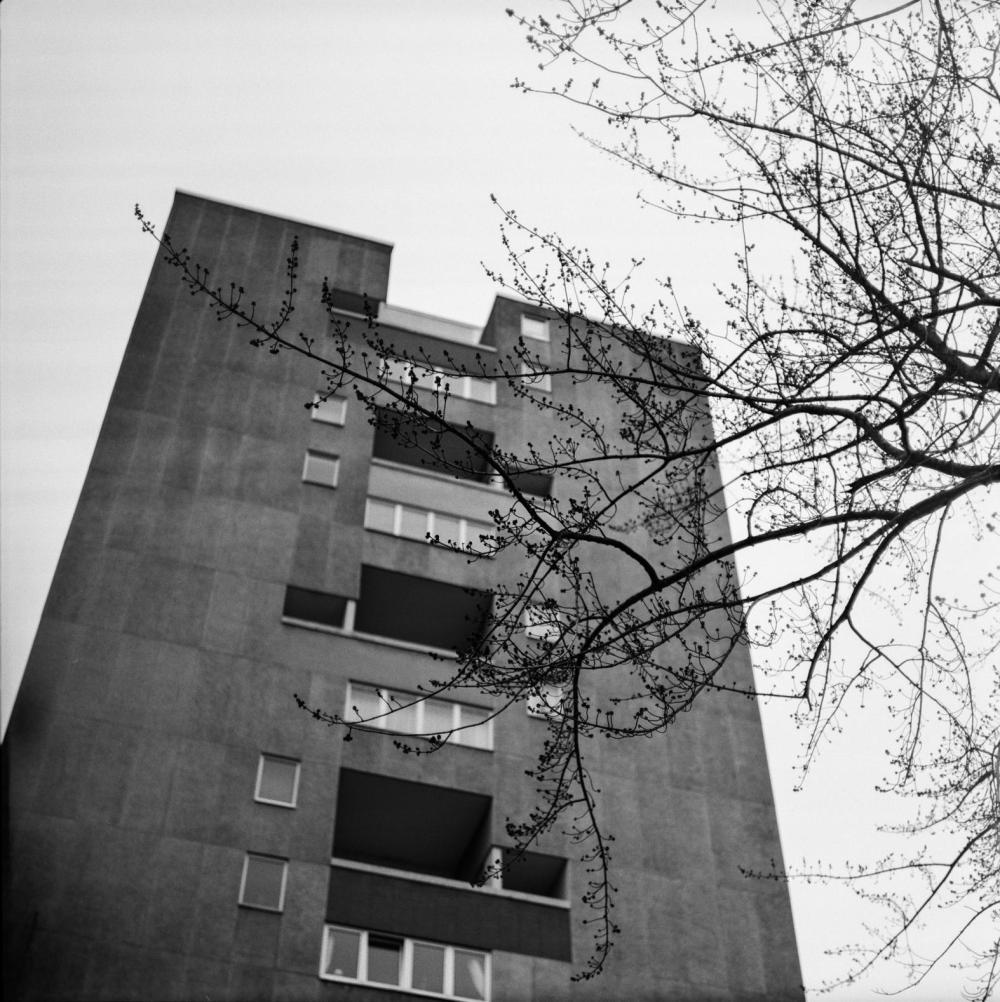 while i’m at it… another blog i’d like to recommend here is urban mosaic by evan zelermyer. he’s based in new york city and  creates beautiful urban landscapes.**

this picture was taken with my new old pentacon six. another medium format camera. made in the gdr and built like a tank. not a twin lens but an slr design with a fine carl zeiss jena 80mm f2.8 lens. one can even get a prism viewfinder for that thing so it looks like a giant 35mm film slr. this is from my first roll of kodak 400 tmax. i like the results and some more pictures will surely follow. the handling of the pentacon is somewhat easier for me than the seagull tlr. i’m not sure yet why but i’ll figure it out (maybe it has to do with the lack of parallax error due to the single lens design).

if you are interested in a bit more information on this camera (and a lot of others and very cool pictures) i can heartily suggest visiting yet another blog: camerajunky

the picture was taken in the hansaviertel which was rebuilt in the late 1950s (and early 60s) for the Internationale Bauaustellung (IBA 57) with concepts by architects like oscar niemeyer and alvar aalto. the house in the picture is a project by the dutch architects j.h. van den broek and jacob bakema. it has a very interesting floorplan (because i doesn’t really have standard floors)

**it is a real coincidence by the way that evan posted pictures with trees and buildings again just on wednesday. i took this picture on tuesday with evan’s blog in mind and had the negative scanned on wednesday and maybe you can imagine my surprise when i checked urbanmosaicnyc…